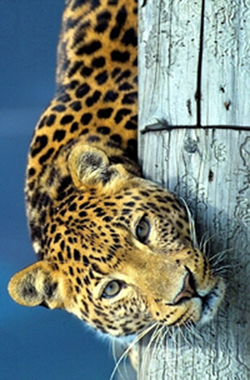 Simple mental shapeshifting begins as a young woman stretches luxuriously on her bed, propping up on bare elbows. Envisioning an image of her chosen animal, the shapeshifter (turnskin, werewolf, lycanthrope) lets her mindset fade smoothly into a thought process not quite human. A phantom muzzle curls into the crevices of her lips -- long tail emerges at the base of her spine. Not visible. Not physical: nevertheless, it is real.

Shapeshifting is a complex social and mental altering of one's natural state, so multifaceted that it cannot adequately be described in a short essay. The diverse, abundant, and often quarrelsome community of shifters has only begun to solidify. Their art, rich in confusing metaphors and pieced-together words, conveys images of huge hairy wolfmen or aboriginal magicians. Unfortunately, it does not focus on the ordinary shapeshifters; it does not help uncover who the animal folk, in actuality, are.

There are, largely, three types of modern shapeshifters. Perhaps the rarest are the polymorphs, sometimes simply shifters. This is a definition at its most basic, used to describe anyone who shifts for recreation (and is not a therianthrope or shaman -- these will be described later.) Shapeshifting is not, contrary to werewolf lore, a physical alteration. It is a mental transformation, either spontaneous or self-induced, from a human's state of mind to an animal's. Such a form of entertainment can be rewarding in the long run, either for an amusingly portable game or an insightful look into instinct and feeling.

Another variety of shifter has come to be recognized: the shaman. Shamans of this century are not supernatural witches; they practice old magico-religious traditions borrowed from the Amerindians. A would-be shaman ventures into the spirit world, through trance or meditation, and deliberately tries to become animal. Often they take on an archetypical animal's mindset, ignoring its actual behavior. Shamanic shapeshifting is indisputably more spiritual than its therianthropic counterpart: keep that comparison in mind as we segue into a new breed of shifter.

Animal folk, animal people, weres or therianthropes (from the Greek therion, beast, and anthropos, man) are various names for one concept. Therianthropes' personalities are partially not human; certain instincts and feelings aren't of the primate type. Shapeshifting, for animal people, is a way of getting in touch with the beastie inside.

There is a jargon used among all types of shifters, which describes types of shapechanging and the people who use them. Many have mocked these labels, due to the overgrowing flood of terminology (shadow, berserkr, bi-location, aura, sense, personality shift!) and even disregarded them altogether.

Shapeshifting is imprecisely used by many dabblers and fine-tuned by more experienced people. It requires concentration, strength of will, and research. Although admittedly a gratifying skill, shifting is more than could ever be described, and will remain so: some effects never change.